The Philippines is everything Korea isn’t:

When I arrived in Puerto Princesa I was taken aback by the stark difference between the place I suddenly found myself in- and Seoul. Some of the structures barely had a roof,  children were walking around barefoot, women and children sleeping on the sidewalk, some of the men were missing multiple teeth.

…But they were all smiling. They were smiling at me- a foreigner; a stranger. This in itself is something that doesn’t happen in Korea. Ever.

The local people here are the friendliest and happiest people I’ve ever met.

I came to Palawan for a Yoga, detox retreat complete with an all raw vegan diet. I had never felt such effortless serenity in one place in my entire life. It was like I had stepped through the looking glass and found myself in wonderland. The moment I arrived, I didn’t want it to end.

I knew it was going to change my diet (meat) and my workout routine (none) but I hadn’t expected it to have such a profound effect on my life. I didn’t know how spiritual it would be, and the total cleaning of mind, body and soul that would follow.

To begin with, the grounds are covered with beautiful, wild flowers. There is a meditation cabin, a zen garden, and a buko house (coconut house) where you can grab as many as you like, at your leisure.

Yoga on the top, eating on the bottom- who needs walls anyway? 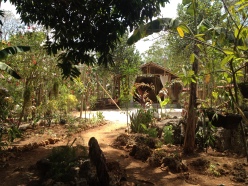 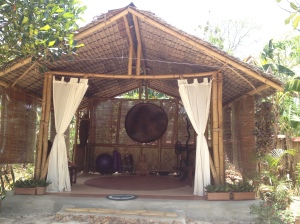 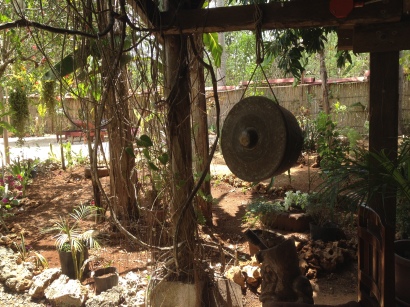 There is sunrise yoga every day, the most amazing food you have ever eaten and smoothies every day; all of which is prepared raw vegan and sprinkled with love and happiness. To put it bluntly, Bahay Kalipay is an actual slice of heaven on Earth. It’s expensive, but it’s worth every penny. 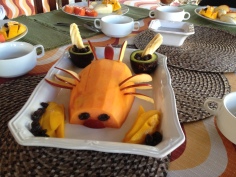 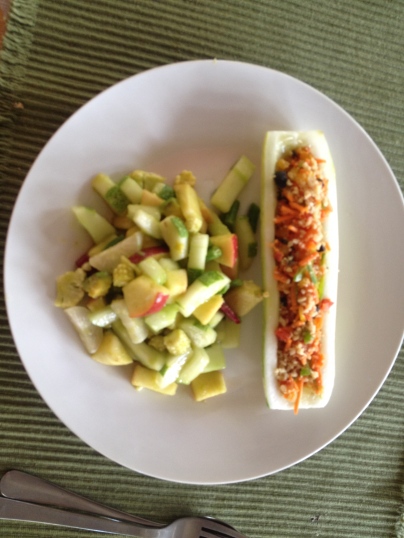 What really made this an unforgettable experience was the class I walked into on my second night. I knew nothing of what it was, as I had never even heard the name before. But this whole 3 month trip was an adventure and about new experiences.

So I walked in and sat down in the dimly lit, 2-walled yoga studio and waited for Mana class to start.

I am not an expert, but this is what I know: Mana is a Hawaiian term that means power, referring to the divine, spiritual energy that exists within all things living and otherwise- humans, animals, mountains etc. Throughout your life, Mana can be gained or reduced from different experiences and how they affect you. One way to gain mana is with what is known as Huna breathing. Huna is a series of intense, deep cleansing breaths held and released at various times- similar to yogic breath, but far more intense.

When it started, I was skeptical and unsure if it would actually have an effect on me.

To say that it did is an understatement.

We laid on the floor, closed our eyes in the dark room; listening only to the music and our guide. Within minutes my entire body seemed to be paralyzed and suddenly, my mind was too.

Paralyzed in fear because every breath I drew brought up traumatic memories- things I haven’t throughout about in years instantly came bubbling to the surface. Some of which I had forgotten, others which I have tried in vain to forget. I was confused, scared and trapped inside my own worst memories. I couldn’t stop crying, and though I could feel my body shaking I couldn’t do anything to stop it.

An hour later it the lights came on and a thick silence fell throughout the room. I know my crying had been a concern for the guide, who only reminded me that I was safe and it was ok and totally normal to have this experience.

I didn’t feel normal; no one else had wept uncontrollably like that.

It was unlike anything else I’ve ever done, and though it was intense and terrifying I felt oddly cleansed afterwards. Like a weight had been lifted- I wasn’t even aware that I had been carrying all of that around with me.

In need of some meditation, a Nepali woman came to my rescue. With the most amazing olive skin I’ve ever seen, and the most soothing voice I’ve ever heard she guided us through a serene, unforgettable meditation. Repeating 4 simple mantras “thank you/ I love you/ I’m sorry/ Please forgive me.”

Four very simple things many of us often forget to say to the people we love.

I can’t quite put into words the effect this yoga retreat has had on my life. In the simplest terms, or the most convenient definition- it was cleansing. A total mind, body and soul cleansing that allowed me to start my journey throughout SE Asia- and to continue the one we call life- with a sense of gratitude and on a clean slate.

Most peculiarly, though, was the feeling I had walking out of the gates. For the first time I can recall in a long time- I was truly basking in my own happiness.